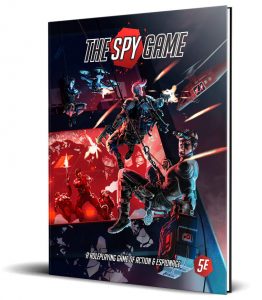 The Spy Game is standalone 5E adaptation, independently developed by Sam Webb (Head of RPG Development at Modiphius Entertainment), that invites you into the world of the agencies, to take your place as a world-class spy. Together with your crew of specialists, infiltrators, con-artists, and hackers, you fight an array of shadowy villains and high-tech megalomaniacs.

The Spy Game is being published under the Open Gaming License, for a modern take on the world’s most famous roleplaying game. You can choose from a range of brand new character classes and new takes on old favorites, as well as choosing from a range of incredible gadgets, tools and equipment to allow you to complete your missions. Any play style, from true-to-life thriller experiences to high octane action movies, is possible in this standalone roleplaying game.

The game is the first tabletop roleplaying game by Black Cats Gaming, the independent publisher founded by Sam Webb and James Barry in 2018. They plan to use Kickstarter “as it was originally intended,” with a core hardback rulebook on offer as its first reward, with adventure material and accessories, such as a game master’s screen and dice, to be unlocked.

Eric Campbell (Shield of Tomorrow, Callisto 6, Your Best Game Ever!) is offering his game mastering talent to the “Running the Game” section, as well as an original spy adventure as a stretch goal. 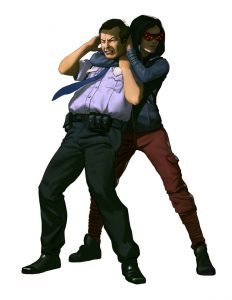 Speaking about the game, Sam Webb said, “I’ve always enjoyed modern roleplaying games, I loved playing Spycraft, and see this game as a spiritual successor to games like that and d20 Modern. 5E is such a flexible, refined set of rules, and The Spy Game should feel familiar but be a great toolkit for any kind of spy story you want to play.”

To back the game now, head over to Kickstarter now!

For more information you can go to www.blackcatsgaming.com.