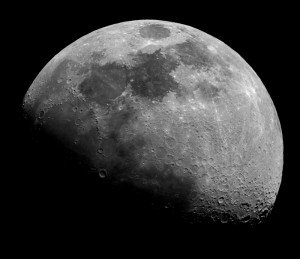 Moon by Opoterser
In April 1961, Soviet cosmonaut Yuri Gagarin became the first person to orbit Earth. This was closely followed in early May 1961 when astronaut Alan Shepard became the first American in space (though not in orbit). Later that month, US President John F. Kennedy went to Congress and asked for money to be assigned to increase that nation’s space program with the purpose of “landing a man on the moon and returning him safely to the Earth” before the decade was out. The space race had begun in earnest.

Not only did this galvanise the nation’s scientists and engineers but also its spies. As such when the Soviets undertook a tour of select nations to showcase their scientific achievements by exhibiting apparent models of their Sputnik and Lunik space vehicles the CIA took the opportunity to, not once but twice, kidnap the Lunik in order to gain as much information as possible (unfortunately the declassified documents do not record the date of the tour, or kidnapping, but it is presumed to have been at some point in the early- to mid-1960s).

With the US trailing, at least initially, to the Soviets, its agents are working hard to reduce the gap. Intelligence has been received indicating that a chief designer will be attending the 1963 European Figure Skating Championships (being held in Budapest, Hungary) to watch his daughter compete. The agents are assigned to the US team and are tasked with acquiring whatever information it can without compromising themselves or alerting the Soviet’s to their presence.