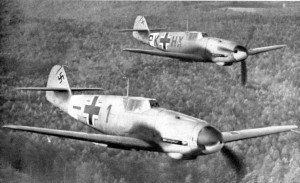 Although the Second World War didn’t start until the end of decade (and direct US involvement didn’t occur until early in the next decade), Nazi spies operating in the US in the 1930s are a staple of novels and films – from the first Captain America movie through to earlier efforts such as The House on 92nd Street (a fictionalised account of William Sebold and the Duquesne spy ring). Outside of print and screen, the Germans did have a number of spies operating inside the US: obtaining information on troop numbers, falsifying passports and engaging in industrial espionage amongst many other activities.

An American engineering firm is developing a fuel additive that will enable aircraft powered by it to have a vastly increased operating range: estimates are of a 50-100% increase. Obviously, this information could be of vital interest to German High Command and a team of agents are instructed to determine which firm is developing the additive and obtain its details.