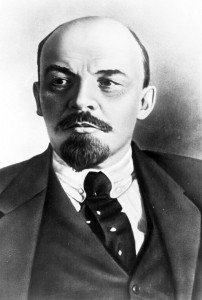 Lenin
With the end of the Great War and Germany, ostensibly, stopped from rebuilding their military forces, British and French eyes turned towards the emerging Soviet Union following newspaper reports of the kidnap or murder of exiled White Russians from the streets of Paris and Switzerland after the Russian Civil War. Fearing the threat that Lenin posed, MI6 undertook a series of actions aimed at destabilising the ruling Bolsheviks, whose hold on power was often shaky. Inciting insurrection, aiding internal enemies (with information or weapons) and even assassination attempts on Lenin were all undertaken.

In a reversal of roles, the PCs are members of the CHEKA, the Bolshevik secret police in 1920. Intelligence sources have reported that the British, no doubt using intermediaries, will be launching an assassination attempt on Lenin within the next month. There are no firm details available but it is believed that the attempt will occur during, or shortly after, a speech that he is due to give at a factory in Moscow. The PCs must investigate the reports to determine how accurate they are and/or stop the assassination attempt.