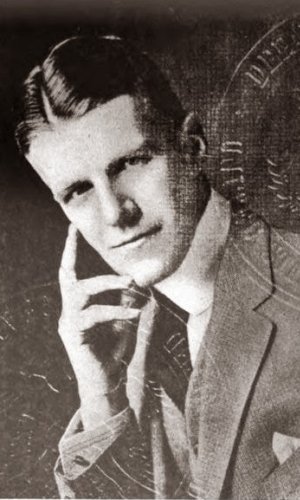 George Breeckow
In pre-war Britian, novelists such as Erskine Childers and William Le Queux wrote of a large and growing German intelligence network which fed a frenzy of “spy mania” amongst the British population. The resulting anti-German sentiment also led to thousands of imaginary acts of espionage being reported to police and military authorities and, on 13 May 1915, the British government decided to intern all “enemy aliens” residing in Britain for the duration of the war.

In reality though there were only 31 arrests for German spies (of which 19 were sentenced to death) and the majority of German espionage activities on British soil were unsuccessful (most men recruited by the Germans were untrained and inept). Additionally, not all German spies were born in Germany (and therefore classed as “enemy aliens”). Indeed, of the eleven German spies who faced British firing squads at the Tower of London during the war, only two were German.

Police have received reports of a strange man watching troop transports arriving in Southampton. At around the same time the British Security Services have intercepted packages meant for an address in Rotterdam which contained information about troop movements in Southampton. A spy is obviously at work in Southampton and the characters are sent to investigate. The spy in question is George Breeckow and breakdown of his activities (and potential aspects of the plot) can be found in the references below.