A preview and review by Gary Brown.

This is a preview and review of the 136 page soft cover from Lulu that was temporarily available in December 2013. The official launch of the game is expected in a few months.

Disclaimer: I am a fan of Victory Games James Bond 007 RPG (1983). Over the years, I’ve often wondered why nobody had produced a second edition or even a retro-clone of the James Bond 007 RPG from the 80s. It was way ahead of it’s time in terms of genre emulation, featuring hero points to shift results in favor of the player characters including the creation of “lucky” narrative advantages such as a handy makeshift weapon or a passing vehicle that blocks an otherwise deadly shot. The game was built around a d100 core mechanic and it placed emphasis on skills that blended nicely with core characteristics (Intelligence, Strength, Perception, Dexterity, and Willpower). Skill rolls yielded results in five levels of quality to determine the effectiveness of the action or task. Weapons and equipment featured a satisfying amount of “crunch” – enough to be mechanically significant – but not so important as to overshadow good old player ingenuity or character skill.

Speaking of skills, they are represented in three categories:

Today, many role-play gamers would balk at this system because it uses charts to determine levels of success, and *gulp* there is a multiplication table. How dreadful, right? I used to think that way too. In the past couple of decades, however, I’ve tried virtually every modern action RPG that has come along, but few of them ran as smoothly as the old James Bond RPG. I’ve also tried some other contemporary games such as Dogs of WAR, Agents of Oblivion, and Night’s Black Agents, but by comparison they lack the details and granularity that make skills, weapons, and gadgets an engaging aspect of spies and modern action.

So… Classified. What is it?

It is a retro-clone that faithfully updates the old James Bond RPG to today’s tech level. In the standards of Expeditious Retreat Press, Classified is to the Bond RPG what OSRIC is to AD&D. Backwards compatibility is the goal.

Some terminology has changed, but the underlying foundation of the game is exactly the same. Ease Factor is Difficulty Factor. Quality Rating is now Success Quality. Primary Chance is now Base Chance. These changes were likely necessary for copyright purposes.

Character creation points have essentially been reduced by a factor of 10. For instance, a rookie-level character is now built with a 300-point limit instead of 3000 points. The relative values and balance for skills and characteristics is about the same, so this was an “easy” change that just makes the numbers smaller across-the-board.

Photography is no longer an Agent Ability. Makes sense. Digital photography and the ubiquity of phone-cameras has shifted things dramatically in 30 years.

Language was added to the skill section. This was an interesting choice and it appears to be something that is not entirely settled in the rules. You might expect to find languages listed in the Fields of Experience section or as an Ability. Non-fluent language proficiency could even be rolled into the Local Customs skill. There is a Linguistics field of experience with a language benefit, so that is a logical approach for characters who want a foreign language as part of their backstory. Having the language skill is useful for characters who are investing experience to gain proficiency over the course of play. However, the sample NPCs in the back of the book have specific languages listed as abilities. Clearly this is a detail that is yet to be ironed-out.

The changes to Combat, Chapter 7, are subtle. The author has done a nice job of reorganizing and clarifying the key rules. Mechanically, the biggest change I noticed involved replacing d6 rolls with d100 or d10. For example, draw situations are now a d100 roll, modified by +20 increments for a character’s Speed rating. Yes, weapon’s Draw modifiers may also apply. The Incapacitation wound level now differentiates unarmed damage from more severe weapon damage. The rules for thrown weapons have been clarified and expanded in a good way, eliminating the hand-waviness of the original rules.

Overall, the core game stands up remarkably well, which is why a retro-clone is such a good thing in this case. What this old spy game really needed was an update and Classified definitely delivers in the hardware department. Chapter 10: Equipment, is 37 jam-packed pages of vehicles, gadgets, weapons, drugs/poisons, and accessories that literally bring the game into the 21st century. There are a few art pieces to break up the text, but this section is all about the tools of the spy trade. This chapter alone is worth the price of the book for anyone who still enjoys the original.

Speaking of art, it is excellent. Classified RPG features all black and white art done in a style that perfectly captures the feel of the game and harkens back to the original. Fans of action movies will easily recognize the inspiration for many of the art pieces which are focused on characters in action. Presumably for the sake of space, Classified does not provide many weapon and gadget illustrations like you saw in the original core rules or the Q Manual. This is an understandable choice, since the internet puts images of these items at our fingertips.

The writing style is somewhat clinical and that, I believe, is a good thing too. Classified is presented as a rulebook and a reference, although I should point out that this copy does not have an index. To be honest, with a smallish book and the improved organization of the rules, I don’t think it really needs one. The core of the game is under 100 pages, including the meaty equipment section! But the final 30 pages also provide solid resources and advice on how to write adventures, generate NPCs, encounters, and conduct a campaign. The author does show his creativity in Chapter 13, which details the villainous organization of Osiris – a nice collection of Bond-esque bad guys in the mold of SMERSH or SPECTRE. I would happily use this organization in my next campaign and I have hopes that Osiris will be involved in one of the upcoming modules.

There are a few type-o’s in this pre-release copy, but the ones I noticed are mostly in tables or sub-headers. The body text is pretty tight at this point. There is an odd carry-over from the original game in the Damage Rank Chart. Damage Ranks I and J are identical, but this quirk has no real impact in play. This is like two different weapons doing 1d10 damage in D20 or 1d6+1 in Gumshoe or Dogs of WAR, but in Classified there are 11 distinct damage ranks which is significant in comparison to most other modern action RPGs.

The long hibernation of the James Bond 007 RPG is about to end. Classified has resuscitated a great action hero system and updated it for contemporary missions. I am looking forward to seeing this game supported again and maybe expanded as well. The book already provides enough material to conduct a straight-up para-military campaign in the vein of The A Team or the The Expendables. It would be great to see Classified as the core rules for weird investigation similar to Delta Green or X-Files or adapted to an action-horror setting akin to Apocalypse Prevention Inc or Night’s Black Agents.

There are certainly plenty of options for modern action role-playing, but for me, dare I say… Nobody does it better… than Classified.

Grab your Glock and a silencer. Your country needs you.

Joseph Browning’s Blog has dozens of posts about the development of Classified: josephbrowning.blogspot.com/search/label/Classified

Classified will be a product of Expeditious Retreat Press: www.xrpshop.citymax.com 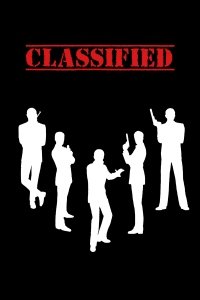